Are IOT devices vulnerable to Hacking?

Humans build challenges to the machines, not technology

Computer hackers target for their own benefit. You mistakenly give access to the Internet and your computer to an attacker. The threat to your protection that they present is exponentially growing. Computer hackers are the users not allowed to break into computer systems. They do this, often by installing dangerous malware without your knowledge or consent, to steal, alter, or kill information. Their creative tactics and thorough technological expertise in hacking allow them to access the details that you don't really want.

If you want to Gain In-depth Knowledge on Ethical hacking, please go through this link Ethical Hacking Online Training

When you are not secured by a firewall, computer hackers may even attempt to access your device and private information directly. They can track your interactions or pursue your personal website's back-end through hacking. Usually masked as a false identity, predators may trick you into disclosing, or worse, sensitive personal and financial information through hacking.

Before knowing about that let us know about IOT.

The Internet of Things (IOT) is a network of physical objects-devices, cars, houses, and other things. These are integrated with electronics, software, sensors, and network connectivity that permit data collection and exchange of these items. Then the devices connected to the Internet irrespective of the device's computational power, quality, and size.

The IOT provides internet connectivity to a range of real-world devices such as a refrigerator, air conditioner, TV, washing machine, water purifier, door locks, vehicles, top box with DTH system and many more connected to the internet and become part of IOT other than conventional devices such as desktops and laptops, and smart mobile phone apps.

The attack surface also expands as IOT expands and all the loopholes / vulnerabilities present in the digital world flow into our real world. Before IOT, attackers used vulnerabilities for data theft or to make money or just for fun. But with IOT, the scope of the attack has grown to such an extent that attackers may use vulnerabilities or vehicle loopholes, smart sniper rifles, etc., to remotely kill a person with a few keyboard strokes. In this article you'll learn how easy hacking IoT devices with few very scary attacks and big IOT security cases, followed by current IOT system challenges and general recommendations to strengthen IoT protection for manufacturers, developers, and users. I have mentioned a few IOT devices and susceptibility to hacking. I have also mentioned precautions.

Using these 5 IOT devices will allow hackers to use these five types of IOT devices may add surveillance, manipulation, extortion, and theft risks. Not all of these are only limited to the virtual world but may also spill over into real-life threats.

People install cameras outside of their houses for peace of mind. Yet, if outsiders gain access to it, a camera that continuously sends out footage over the Internet may become a security problem.

This hazard is a growing issue for homeowners all over the world. Complete websites dedicated to broadcasting live CCTV and home camera footage from hacked wireless cameras and webcams.

Precautions when using this IOT device:

When purchasing and setting up a camera, make sure to change the default password. The passwords that come with cameras "pre-installed" are mostly common knowledge, or rather easy to guess. For an extra layer of protection set up two-factor authentication as well.

Tracking devices pose a somewhat similar challenge to other home surveillance software. It lets outsiders spy from afar on a family or child. Nonetheless, hackers don't always stick to just spying on their victims. As proven by the incident of hacking the Nest, in which a father heard the voice of a stranger in his baby's room.

There are multiple reports of hacking of baby monitors in homes around the world. Possibly the offenders have various motives to break into those apps. But whatever their excuse, no parent wants to go through this terrifying ordeal.

Don't reuse passwords across apps and accounts. Many baby-monitoring systems are often easily hacked because parents use outdated, compromised passwords.

With a large range of smart home voice assistants from major companies the market is near bursting. Others at the forefront of cutting-edge technology, such as Alexa from Amazon or the Smart Home Assistant from Google, are becoming increasingly popular with homeowners. Yet these devices aren't always safe, as recently demonstrated by Chinese researchers. While no big smart home assistant hack has yet been made public, it's only a matter of time.

Precautions while using this IOT device:

Businesses are going to great lengths to ensure that their products are secure but nothing is impenetrable. Those who buy a smart home assistant will see to it that they go through the security settings of the app. Also there are plenty of additional safety measures which can be triggered manually. Even the applications on those computers should keep up to date at all times.

It may sound like something out of a science fiction film, but hackers have targeted smart home thermostats. Getting a stranger constantly turning up or down the temperature is more than just a mishap. Not only can hackers lock the thermostat and demand a ransom, they can get into other gadgets and wreak havoc too.

Precautions when using this IOT app:

It is difficult to keep track of any device and ensure that it remains safe. This is when installing VPN apps becomes a major cyber-security game-changer in home. In a search engine, try typing "what is my IP."

Those purchasing a smart home assistant must ensure they go through the app's security settings. There are also plenty of additional protection measures that can be manually activated. Even the programs on those machines will still keep up to date. It might sound like something out of a science fiction movie, but hackers have smart home thermostats targeted.

Having a stranger continuously turn the temperature up or down is more than just a mishap. The address displayed there shows details like identity of a person and physical location.Hackers can find and use your IP to take advantage of any unsecured IoT devices that share the address. Installing a VPN would help to protect the information by providing a fake IP address via a remote server and by encrypting the connection. In this case, the best choice is to install a VPN on a router, as it will secure any computer connected to it.

Smart door locks are the newest and come with a range of useful features in high-tech home security. Unlike conventional locks, homeowners are allowed to see who is at the entrance, and even talk to them. Typically , they can be locked and unlocked from anywhere. And yet, unlike traditional locks as well, smart locks are vulnerable to hacking and breaking with zero perpetrator risk.

Precautions when using this IOT device:

Before purchasing it, thoroughly research the manufacturer and type of lock. When enabled, be sure to keep the firmware of the system up-to-date and frequently change the keypad number. Finally, don't install the program that unlocks the door on too many computers. 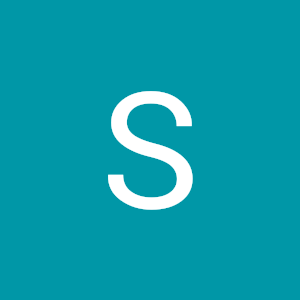